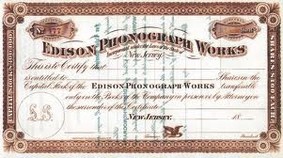 New Jersey Business Purchase or Sale LAwyer - If you are selling or purchasing a Business the Lombardi Law Firm can assist you in all phases of the deal.  We are expert Contract Negotiators with twenty years of experience in closing deals.  Call today to speak with a New Jersey Business Purchase Lawyer.  We have represented our clients in small to large business deals for purchases and sales of local businesses such as Dry Cleaning Stores and Restaurants as well as larger Companies such as professional service corporations and engineering firms.   We have also represented many clients in Liquor License Transfers of all Classes of New Jersey Liquor Licenses.  Call today to speak with a New Jersey Business Purchase Lawyer.  If you require assistance in your Person to Person or Place to Place license transfer we are your source for legal help. If you are thinking of buying or selling a business call now for an appointment to determine the best way to protect your interests in the deal.   New Jersey Business Sales and Purchases require a few steps.  First  a Contract must be executed by the parties for the sale or purchase of the business. The form of the purchase can be either an asset sale or a stock or partnership certificate sale.  Due diligence is then required to verify the assets, receivables, payables and income and expenses of the business to insure the numbers provided by the seller are accurate.   Each has its own tax and transfer consequences to the buyer and seller.  Once a contract is negotiated and finalized typically a Bulk Sale Notification is required to be filed with the State of New Jersey Division of Taxation.   Once this is received by the State they will issue an Escrow Letter informing the Buyer as to an amount to hold back from the seller pending a tax review.  All liens that may encumber the assets or shares of the business must be located and discharged at the time of the sale or purchase.  This requires specialized searches to determine if any liens on the business assets or shares exists.  A closing can then be scheduled to effectuate the transfer of the business.﻿ 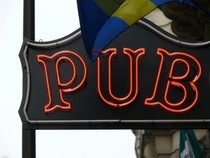 Liquor License Purchases and Sales create special issues that require experienced legal advice. Each person to person or place to place transfer can create myriad problems with State and Local government approval.   If you are purchasing a Bar or Package Good Store contact our Law Firm for a free initial consultation. Call today to speak with a New Jersey Liquor License Purchase Lawyer.

The Liquor Licenses are issued by the State Alcoholic Beverage Control Division however they are governed also by the local municipalities.  The number of Licenses available depends on the population of the townships or cities where the licenses are issued. With certain limits each town can issue one Consumption License for every 3,000 people and one Distribution License for every 7,500 people.  Call today to speak with a New Jersey Liquor License Purchase Lawyer.  Certain cities and towns have grandfathered licenses that exceed this amount.  A Manual Guide for purchases is published by the Division of ABC.

A person may only maintain an interest in two Licenses of any kind.  There are four different types of licenses described below.

All retail licenses are “Class C” licenses. The license types are set forth in N.J.S.A. 33:1-12, which establishes the privileges and restrictions for the different types of licenses. Retail licenses are issued by the municipality in which the business is located, and all actions (applications, renewals, transfers) involving retail licenses are determined by the municipal governing body except when a member of the governing body has an interest in the licensed business. If a member of a governing body has an interest in the license, all actions must be processed through the State Division of Alcoholic Beverage Control and approved by the Director. (N.J.S.A. 33:1-20.)  Licenses maintain the statutory privileges as originally issued and may not change from one type to another.  Call today to speak with a New Jersey Liquor License Purchase Lawyer.

The types of retail licenses are:

This license may only be issued to a non-profit organization that has a minimum of sixty (60) voting members and has been in active operation and is in possession of its clubhouse for three (3) continuous years. Exceptions to this eligibility requirement may be made for a chapter or member club of a national or State organization. A request for a waiver by the applicant must be forwarded to the Division of Alcoholic Beverage Control and a Special Ruling must precede the issuance of a license. There is no State population cap governing the number of Club Licenses that may be issued, however, the municipality may limit the number by ordinance.  Call today to speak with a New Jersey Liquor License Purchase Lawyer. The license only permits the sale of alcoholic beverages in open containers for immediate consumption on the licensed premises to bona fide club members and their guests, up to nine (9) in number. The license does not permit the sale of package goods. (N.J.A.C. 13:2-8.1, et seq.)

This license permits the sale of alcoholic beverages for consumption on the licensed premises by the glass or other open container. The license also allows the sale of package goods for consumption off the licensed premises. These sales of package goods, however, may only take place from the principal public barroom, and the package goods may only be displayed for sale on the premises’ perimeter walls or behind the bar, unless a floor plan was approved by the Director prior to the late 1970’s and that floor plan is available for inspection. (N.J.A.C. 13:2-35.1, et seq.) When this license is granted, no other commercial activity may take place on the licensed premises except for certain activities such as the operation of a restaurant, hotel, or bowling establishment or the sale of snack or certain other items specifically mentioned in the statute. (N.J.S.A. 33:1- 12.) Call today to speak with a New Jersey Liquor License Purchase Lawyer.

This license allows all the privileges of a Plenary Retail Consumption License but is issued for the summer season extending from May 1 through November 14. The same restrictions that apply to a Plenary Retail Consumption License also apply to this Seasonal License, and these licenses count in the total number limited by population. The statute also authorizes a Winter Seasonal License, from November 15 to April 30, although none are currently issued anywhere in the State. (N.J.S.A. 33:1-12.)﻿

Some Licenses are referred to as Pocket Licenses these are inactive licenses that arise from closed establishments.  Call today to speak with a New Jersey Liquor License Purchase Lawyer. Most time a place to place transfer is required for these licenses as the prior locations have changed use.  A pocket license is a license which has been issued, but is inactive. The license may be renewed by a municipality for two (2) full license terms beyond the term in which it became inactive. Following that period, the license may only be renewed after the Director of the Division of Alcoholic Beverage Control approves the renewal following certain strict procedures.﻿