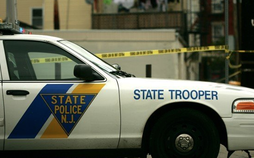 Our New Jersey Lawyers can assist you in bringing your injury claim against the State or local municipal entity.  If you have a claim against the State of New Jersey or any township or city call today to speak with our office.  Claims against the State of New Jersey or any Municipality, or Government Agency are some of the most complicated legal claims to assert to be compensated for your injuries or other damages.  For all Tort Claims, alleging Negligence or other Causes of Action a Tort Claims Notice must be served upon the Government Entity within 90 days form the date of the alleged incident.  The Notice must be served correctly to the proper Government Agency or Authority.  Bi- State Agencies such as the Port Authority of New York and New Jersey have their own separate rules and regulations such as shorter Statutes of Limitations and Notice requirements.   Once the Tort Claim Notice is served a Statutory waiting period of six months commences prior to being allowed to bring a Civil Action Lawsuit.  This period allows the Government Entity time to evaluate the claim.  If evidence needs to be  preserved a Motion is required to be made for Pre- Action relief to insure preservation or production of any evidence necessary for an aggrieved party to prove his or her case. Talk to a New Jersey State Entity Lawyer immediately about your injury case.

Immunities under the Act

The biggest issue with claims against Public Entities arises from the broad immunities granted to Government Employees for their actions.  Unless the action of the employee is willful and something outside the scope of the employees discretionary performance abilities these claims often fail based on the subjective good faith of the Government Employees as they go about doing their work.  Talk to a New Jersey State Entity Lawyer immediately about your injury case.

This immunity is broad, however; public employees may not act in complete disregard for the rights of others. There is a public employee immunity exception which states     "[N]othing in this act shall exonerate a public employee from liability if it is established that his conduct was outside the scope of his employment, or constituted a crime, actual fraud, actual malice or willful misconduct."

The Tort Claims Act threshold provision, N.J. Stat. § 59:9-2 (d) states that, “No damages shall be awarded against a public entity or public employee for pain and suffering resulting from any injury; provided, however, that this limitation on the recovery of damages for pain and suffering shall not apply in cases of permanent loss of a bodily function, permanent disfigurement or dismemberment where the medical treatment expenses are in excess of $ 3,600.00.” Talk to a New Jersey Public State Entity Injury Lawyer immediately about your injury case.

In practical terms this means that in order to be successful in pursuing pain and suffering type damages, a claimant must suffer a serious and permanent injury. The Tort Claims Act restricts the right for pain and suffering damages except in cases of “ …permanent loss of a bodily function, permanent disfigurement or dismemberment …”.   N.J.S.A. 59:9-2(d)  The requirements include a showing of (i) objective medical evidence of a permanent injury and (ii) a substantial loss.   Where aggravating circumstances exist, the plaintiff’s symptoms can be found to be permanent “even without residual physical injury.” such as emotional distress damages in assault cases.